The underworld of Malwan

Well not literally, I meant the under(water)world of Malwan!

We started from our Farmstay just outside Swantwadi after a hearty breakfast, The Dwarka Homestay, and headed to Malvan. We decided to take the route through Vengurla, and would return through Pinguli route. This was purely for novelty sake, but also we wanted to check the traditional puppeteers of Pinguli (also their police patil) who, we heard, has now opened up a museum. 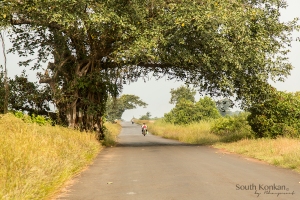 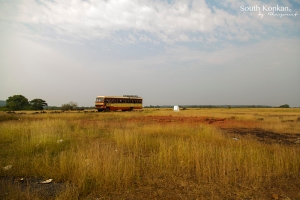 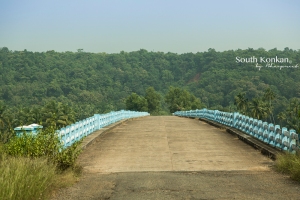 The Sindhudurg Fort- It amazes me how this defense against the invading navies from around the world today serves as an icon, paradoxically, of dropping your defenses- against inhibition and against fear. Sindhudurg Fort is an exemplary structure built by the mighty naval fleet of the Maratha army. Most of us feel that the coasts of India, historically, didn’t take as much pounding as the border kissing states, but let me assure you it is quite the contrary. Sindhudurg is only one such symbol of might of the Indians against invading forces and today it stands as a beautiful jewel of the Malwan. 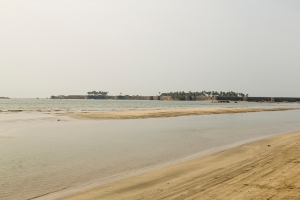 Now since we do not have the threat of invading forces, this fort has opened up its surrounding vicinity to a variety of activities. One of this is scuba-diving. Licensed scuba experts have started their little businesses of scuba training and diving to interested seekers and I will tell you they do not disappoint. Again, to connect with them is to try and speak their language, and treat them as equals. I keep hammering on this point is because you will get so much in return if you treat them as a partner in your beautiful adventure rather than just a “service provider”. Being quintessentially local, these lads have grown up literally swimming their whole lives and have an indepth knowledge of the waters- literally and figuratively! 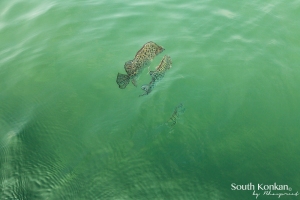 After a brief acclimatisation practice we set out to explore the underworld. My wife, Bhavpreet, who is a non-swimmer took merely a couple of minutes to start going underwater and there she was posing for photos next to the corals. While I, a swimmer since many years, found it hard to fathom that I have to both inhale and exhale from my mouth. In addition, I have swam underwater holding my breath, but the fact that a cylinder was pulling me down made things a tad bit difficult. My primal fear took over, even though the instructor assured me to bring me to surface in a fraction of a second, and I swallowed some sea water as well. I must say that you need to take the sea very seriously, your previous experience not necessarily helps, but your presence of mind surely does. It took me several attempts to do down under, which is when I finally succeeded.

The under(water)world is something else. Your worldly corporate rules don’t apply here, and I am so glad they don’t because it just made this space so much safer since there were no corporate sharks ;). But this was no time to be anti-capitalist, the biggest challenge I felt was trusting your instincts, don’t forget we are built as highly intelligent social animals. Animals! Our brain and body can easily adapt to circumstances imposed upon us by nature, we just have to trust our instincts.

So I went under, temporarily petrified, to experience a world I can’t make an opinion of. More than being in a new physical space, it about about the unexplored mental space that excited you the most. It is about maneuvering across the space in your brain which has been lying dormant, possibly since your birth.

We were lucky to have done the diving that day, as a storm hit the coast the very next day. Astonishingly, on the way back to our farmstay in Sawantwadi, we caught a lighting crash feets away from us. It is, by far, the most powerful piece of nature we have experienced- hands down! 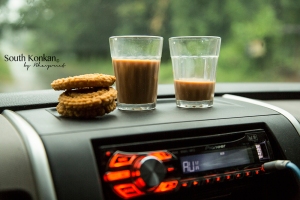 If you look at Konkan on the India map, it is this tiny strip of coastal land bordering Maharashtra and the Arabian sea. But exploring it bit by bit reveals the enormity of pleasant surprises it has stored in for us.

And I only hope I have done some justice of showing you my own subjective perception.